Beautifully Ugly
The Capital Wasteland looks amazing.  The textures are detailed and high resolution, and the environment is filled with debris to really make it look like a post-nuclear wasteland.  All buildings show some degree of damage, if they stand complete at all.  All buildings and towns built after the blast are composed of scrap metal or other debris found in the world.  The world is expansive and you can see it at every moment.  The pop-in is minimized enough to not be distracting.  Character models are good as well, and facial animations look great, though the body animations are a bit stiff.  They also have some great particle effects, such as when an enemy is blown into dust with certain weapons.  The gore is also a nice touch, giving a sense of satisfaction on good shots.

Interesting Locations, Despite Desolation
The fact that this is a wasteland makes the world very bleak, gray and hostile; however, there are still interesting locations to find.  From historical landmarks like The Washington Monument to old towns, wiped clean of civilization, you’ll never know what you’ll happen on to next.  The vaults each tell a story of their survivors, and the pockets of society you find have unique characters and ways of dealing with the poor circumstances.

Decisions, Decisions
I love that the decisions you make actually make a difference. The classic Megaton example – where you are given the choice to destroy a town or save it – illustrates the things that happen throughout the game.  I also like how you only get one shot to do something, and, if it doesn’t work, you have to find another way.  The combination of these makes the story unfold as it does in real life – you make decisions and live with them.  I’m glad I saved Megaton, as it gave me a great place to store my trophy objects, such as garden gnomes and guns

What Should I Kill with Today?
There are a ton of weapons in this game.  Shotguns, assault rifles, laser rifles, sledgehammers, missile launchers, miniguns, and plenty more can be found fairly readily.  There are also special weapons that can be found – I found a gun called the Firelance that was a pistol that caused tons of damage and set the enemy on fire for awhile.  You can also fashion weapons using blueprints and junk you find around the world.  I built a sword with a gas valve attached to it, giving me a flaming sword.  Keeping these things in condition is easy, as you just combine similar weapons to repair them.

Brilliant Quests
Oblivion didn’t escape offering fetch quests.  Running around collecting x number of items is not a good way to make me interested.  Fallout 3 offers very few of these, and the ones that are there are limited to just giving you gold for a particular item that they need.  The rest of the time, you are saving entire cities, rescuing villagers from slavers, or disrupting would-be superheroes (yeah, the quests can be quite unique).  The stories for the quests were also fascinating; they would often touch on issues like racism or bring humor into it with ridiculous circumstances such as the superhero quest mentioned above.  I completed almost all of the quests that I ran into, simply because I found them interesting.  This didn’t come close to happening in Oblivion.  The overall story wasn’t as interesting, as they never brought so much into it to make it epic – I never felt like the fate of the world rested on my ability.

VATS
VATS, the system that pauses the game and allows you to take aim to chosen limbs of enemies, breaks up the action and allows you to stop things and do some strategizing.  It also gives you a cinematic view of the battle.

Low Interest Density
While there are plenty of intriguing locations in the Capital Wasteland, there is so much more of nothing at all.  You will spend a great deal of time walking, interrupted by mutated animals (mostly scorpions).  Bringing the interesting parts closer together would make it much more rewarding to explore.  It would also be helpful to add the biggest settlements to the map (like Oblivion did by placing the largest towns on the map).  Lastly they really should have let you use a vehicle.  Fast travel works for places you’ve already been, but I want to be able to explore faster, like when riding the horse in Oblivion.  The worst part is that there are motorcycles that look completely functional all over the place.  Let me drive them!

Everyone Owns a Gun, but No One Owns Bullets
Like I said, there are tons of kinds of weapons; however, it is too hard to find ammunition for them.  Every enemy that you kill will have about 8 bullets on them, it seems.  Even towns will have very little to offer – most shops only carry enough of some type of ammo to keep you stocked for an hour of heavy fighting.  Not to mention that you never accumulate much cash in regular questing, leaving you unable to buy equipment.

Radiation Affects the Brain
The AI is terrible; there are three states for enemies: oblivious, bum rush, and stand and shoot.  They rarely move to cover or use their weapons effectively.  You’ll find people with shotguns firing from long distances and guys with single-shot rifles get closer.  Anyone with a melee weapon will immediately run at you, paying no attention to the distance and lack of cover between you.

Yeah, a Little too FPS
I loved Oblivion because how you expanded your abilities changed how you played the game.  It really exemplified the idea of a role-playing game – the stats you set up didn’t just make you better at something, it made you adapt your methods to those strengths.  Adding to sneak made it a stealth game; adding to strength and melee made it a brawler.  Fallout 3, on the other hand, makes you play the same way regardless of your skills.  You use the guns all of the time, and you use them the same way throughout the game.  If you add points to sneak, as I did, you could sneak around until you started firing – then you would have to run and gun.  Most of the skills just allowed you to access things you otherwise wouldn’t.  Higher levels in science allowed you to access systems that were harder to crack, but didn’t actually make it easier because of your skill.  It will also open up options in dialogue – due to my character’s intelligence, I was allowed to reflect on the irony of certain situations in my conversations (yay?).  These things are great touches and all, but I wanted to build more of a distinct role for my character. 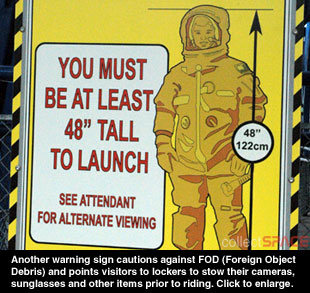 Worth the Purchase
I really loved Oblivion, and I think that’s why I was disappointed in Fallout 3.  On its own, it really is a great experience; however, knowing what the developers were able to do with this type of gameplay set it up to be much more than I got out of it.  I just would’ve liked more Oblivion in Fallout 3, which is probably exactly what they were trying to avoid.