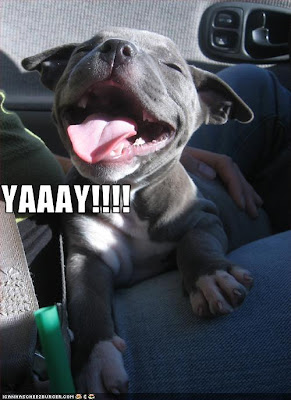 Open-Ended Action Done Right
The thing I enjoyed the most about Far Cry 2 was just how many ways I could approach a problem.  If I were tasked with an assassination, for example, I would scout the area surrounding the target before deciding my approach.  If there was an elevated point with good visibility, I would snipe all of the guards that I could, before slowly sneaking into the encampment and clearing the remaining guards.  If there was a lot of grass, I would throw Molotov cocktails around to smoke them out, gunning them down as they escaped the spreading fire.  If it was a relatively small area, I might drive in on a weapon-mounted jeep, switch to the gun, and send them love letters (or bullets, if they ended up being more effective).  You are rewarded for scouting and strategizing your approach, and it adds a fulfilling amount of depth to the action.

Yeah, That Looks Like a Tree
Far Cry 2 has some of the best graphics I’ve seen.  Trees sway in the wind realistically with leaves moving independently.  Explosions look vibrant and send smoking debris everywhere.  Day slowly transitions to night, sun to rain.  Shadows dance along the ground, providing helpful cover while scouting.  Everything looks amazing and does wonders to keep you in the world.

Riveting Music and Sound
The soundtrack provides a great backdrop to this African adventure.  The different tracks provide subtle cues to the situation at hand – whether enemies are aware of you, in hiding, or panicking.  It also solidifies the part of the world you are influencing.  The sound effects bring you into the African wilderness, with animal calls filling the air.  Even the sound of cracking bones and gushing wounds remind you of the challenge at hand.

Interactive Story; Interactive Story-Telling
Far Cry 2 tells its story with you as the narrator.  You decide where to go, how to accomplish your tasks.  You sometimes make hard decisions, where the only security is that you have the quick save before you decide.  It puts you into every situation, not the character you choose at the beginning.  Some scenes remind me of the best story sequences in Call of Duty 4.  The story itself delivers a sharp commentary on war and power, as well as how money can drive people.

No Wonder They Have Safaris There
The African wilderness in Far Cry 2 is a dynamic, beautiful place.  Barren deserts and lush, jungle-covered mountains litter the landscape, giving a great variety of places to explore.  This variety keeps every mission fresh, as you find new approaches for the different terrains.

Seriously, YOU CAN STOP NOW
While Far Cry 2’s story is great, there is a LOT of filler between the plot points.  I enjoyed the side missions, but eventually stopped completing them just because I wanted to finish the game.  I don’t think the second area was even necessary – all that they wanted to do could’ve been done in the first area, maybe expanded just a little.  I wonder how much effort they had to put into the extra space, while not much is really gained.

So About that War You’ve Been Talking About…?
I rarely saw evidence that a war was going on.  Apart from a couple story-initiated scuffles, no one is involved in a fight besides you and everyone else.  There is no clear indication of what faction you are fighting at any given time, and the only effect you have on the outcome of the war is who’s story missions you choose more.

Everybody Hates You
Almost every person in Far Cry 2 wants to kill you.  Outside of the peace zones and safe houses, everyone you see will immediately attack.  Given the open world, it would’ve felt more alive if it had been more like the opening sequence – where there are military checkpoints instead of hostile guard locations.  It would’ve been nice to also see the resistance expanded beyond some people hiding out in closets – make it seem like you’re actually doing something for the civilians left behind.

Lack of Persistence
The fire spreading mechanic is amazing.  Unfortunately, after you’ve burned the grass and trees surrounding a guard post, it’ll be there when you pass through 2 minutes later, with all of the guys you just dispatched gunning for you.  While I wouldn’t want all of the guard posts to be barren after you clear them (boring), I would like it them to be weakened.  Fewer enemies; no trucks; damaged weaponry…something showing how you’ve affected the area.

Good Thing I Still Have My Oblivion Quick Save Skills
I had a lot of crashes with Far Cry 2.  In a sitting of 4 hours, I would probably hit at least one crash.  In the last day of playing (about 6 hours), I got the BSOD twice and it crashed a good 6 times.

Worth the Purchase
Far Cry 2 was an amazing experience.  Despite the shortcomings, the only thing that really stole from the fun was how drawn out it was.  By the end, I just wanted to finish and hurried through the story missions.  This left me with a bitter “aftertaste”.  The game was great, just lingered on too long.  Some may feel that this gives it more value; however, I have other things to move on to.